The night before Scott's parents were scheduled to leave Paris to head back to the states, they went to check in to their flight online and realized that their return flight had been completely changed. Their flight that was originally scheduled to leave on a Thursday morning returning to Baltimore had now been changed to Friday landing in Washington DC. After receiving assistance from the concierge at the Renaissance, we were able to get ahold of the airline, only to find out that over a thousand flights had been canceled due to air traffic controllers going on strike. We finally were able to get them on a flight through London Heathrow for the next day. 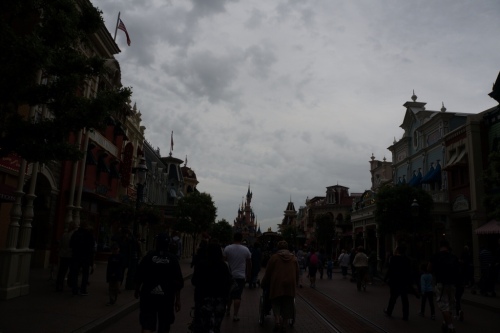 The next morning Scott and I had planned on sharing a cab with his parents to the airport and then hopping on a train from there to Disneyland Paris (DLP). So, come to find out, all of the French trains were on strike as well. Due to all of the cancelled flights and trains, it took about thirty minutes to be able to catch a cab. So we ended up taking the cab all the way to DLP, which was not a cheap ride, but since there was no other options and we had already paid for one night in a hotel near the park and already bought our tickets, we ended up having to eat the cost. This was definitely another lesson we have learned on this trip, always prepare to spend more than what you had budgeted for because uncontrollable circumstances do arise.

We finally made it to DLP by about noon. It turns out “when it rains, it pours”…literally. As we walked into the park the rain started coming down. We tried to make the best of the situation. Lines were short, the park was less crowded, and at least it wasn't hot.

We really didn't plan on going to Disney in Paris to ride every single ride anyway. We are huge Disney nerds in the States, and just wanted to see how different it would be in another country.

Some of the attractions were in English, some were in French. The parks were much smaller than in California and the food was not nearly as good. Lots of the little carts that you would expect to be selling goodies all around the park were closed except for a couple popcorn stands (which actually sold kettle corn instead of regular popcorn). No churros, no corn dogs, and to our dismay, the ice cream shop on Main Street closed at 7:00pm.

Our overall assessment of DLP, was that the park is probably really nice when it's not raining, it's rather small compared to the parks in the U.S., the food could be better, and gosh darn-it why would you ever close the only ice cream parlor at 7:00pm! Either way, we still had a great time, because even if it's raining, it's always a good day for Disney…and like we've said before “you've got to just roll with the punches.” 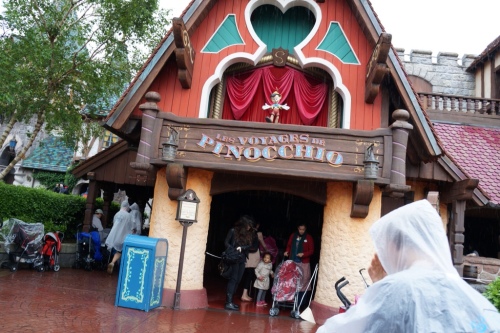 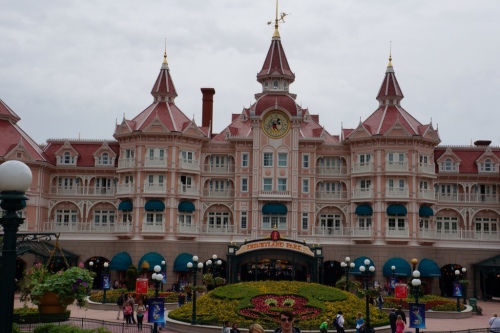